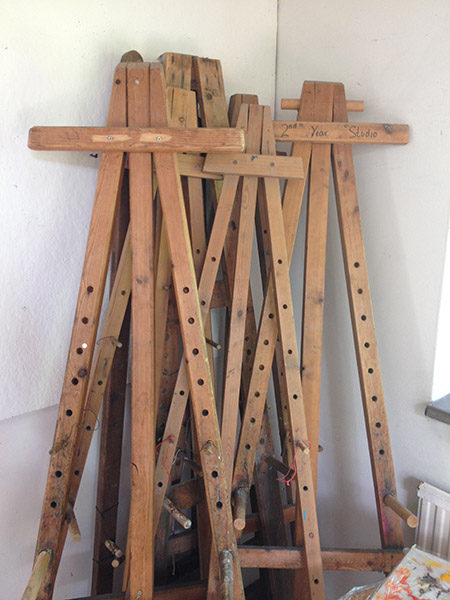 Anne Stockton and Kurt Falk founded Tobias. It operated from Bank Cottage on the Ashdown Forest running as a 2 year course.

Tobias moved to Peredur Centre and evolved into a 3 year course in 1987. Anne’s vision was to have 3 routes – Visual Art, Education and Therapy
Anne retired from Tobias – her son, Manning Goodwin, taking over as administrator.

Gillian David took over from Caroline Chanter as co-ordinator of the Art Therapy Training.

We achieved membership of the European Academy. The Medical Section of the Goetheanum/Free University of Spiritual Science (Dornach, Switzerland) recognises the European Academy as an instrument of regulation and quality assurance for Anthroposophic Art Therapy Trainings.

The first Modular training began. We also had satellite foundation courses such as Rudolf Steiner College Sacremento and Arscura in Toronto who fed our modular course.

We began constructing our research program and accreditation with City and Guilds.

Tobias applied for and achieved Membership level 7 from City and Guilds for our Arts in Therapy training.

Our course titles changed from Transformative to Transpersonal. The latter term is more widely accepted and emphasises the paradoxical and mysterious, the creative and the spiritual dimension in the universal scheme of things.

Tobias celebrated our 30 Year Anniversary on the 10th of July!

The European Academy for Anthroposophical Art Therapy changed its name to The International Academy of Anthroposophic Arts Therapies Educations, iARTe. Our training applies the iARTe guidelines which are recognized by the Medical Section of the School of Spiritual Science at the Goetheanum, Dornach, Switzerland.

Due to the Coronavirus, Tobias held our classes online so that our students were supported. This proved popular with our international students and those who find it difficult to travel to Tobias each week so we adapted our Modular course to be 50% online and 50% face to face.

Extensive building works took place in the Summer of 2022. The kitchen was relocated to make a much bigger social space for the students, The library was also expanded and relocated and a new online teaching room created.

For more information about Tobias or any courses, please get in touch by emailing info@tobiasart.org.