My ongoing relationship with Tobias

Before Tobias School of Art was opened in 1979 by Anne Stockton and Kurt Falk, the buildings belonged to the Peredur Home School run by Joan and Siegfried Rudel. Their nephew Christopher Clouder, one of our trustees, tells us about the site’s history.

I have known the site where Tobias is situated for many years as I spent my adolescence there. I travelled regularly from my home in East London to spend my school holidays with my Aunt and Uncle from the age of 6, and lived with them from the age of 13 to 21 years old when I attended Michael Hall School.

My Aunt and Uncle, Joan and Siegfried Rudel’s background was in Anthroposopical and therapeutic care for children particularly those with learning difficulties. They met just after the war at a camphill in Scotland and decided to start their own school and opened the Peredur Home School in the early 1950s. My aunt and Uncle held it all as part of the charitable trust, secured by donations. I watched the buildings grow over the years from foundations upwards.

It was a huge site, There was an old house, a small cottage next door with a garage and a farm opposite with various fields. My Aunt and Uncle added further buildings and workshops, including the Tobias school block which housed the pottery studio and also the Top Studio which originally was the weaving workshop.

They had 60-65 children in residence at any one time, The young people were taught weaving, pottery, baking, bio-dynamic farming and other skills which would help them integrate back into normal life. Some of the children stayed with them until adulthood and many kept in touch after they left.

Eventually Joan and Siegfried Rudel retired to near Bodwin Moor in Cornwall in the 1980s and continued their work there, but on a much smaller scale.

The Peredur Home School buildings are now various independant anthroposophical enterprises They became the speech and drama school, the eurythmy school and Tobias School of Art and Therapy. I have been on the board of trustees for Tobias for about 5 years now and I continue to feel a strong connection to the place,

You can find out more about Christopher Clouder by visiting his website http://christopherclouder.com. 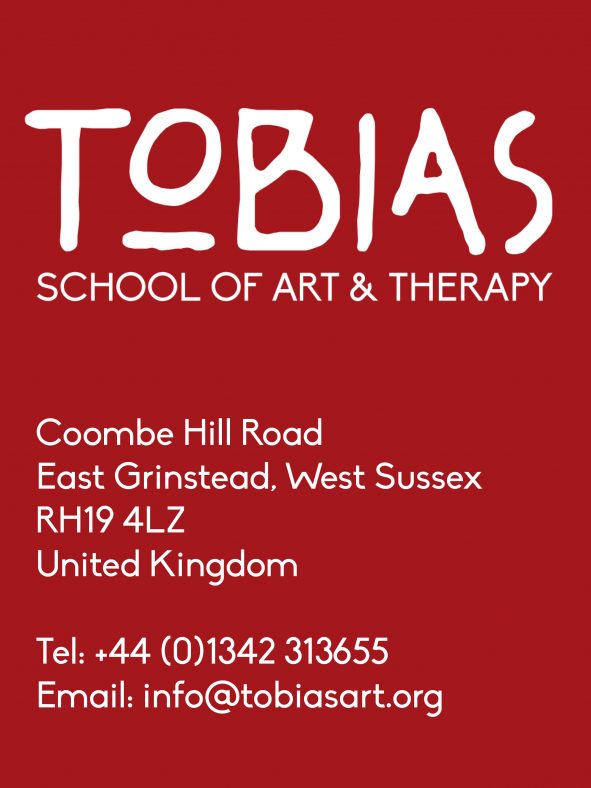 Search
What our students say!
TOBIAS SCHOOL OF ART & THERAPY

I WANT TO KNOW MORE
WHO ARE WE?
The Small Print